In Florida, there are two ways to determine a child’s legal father – (i) by virtue of the fact the mother is married at the time of delivery, or; (ii) by establishing legal paternity. The

former, known as the “putative father” statute, imparts immediate paternity on a man if he is legally married at the time his wife gives birth. Of course, situations do arise where the husband is not actually the father of the child, and the putative father status may be rebutted upon a showing of evidence that another individual is actually the child’s father.

Far more common, however, is the situation involving unmarried parents, requiring the legal establishment of paternity. If you are in this situation and would like to establish paternity to protect your child’s rights, we encourage you to talk to a family attorney in Sarasota right away.

How Is Paternity Established?
In the latter example above involving two unwed parents, paternity is established either voluntarily or through a civil process. A father who wishes to voluntarily establish paternity may do so by filling out paperwork at the hospital or at any time thereafter and filing that paperwork with the Office of Vital Statistics. The forms, known as Acknowledgement of Paternity, must be notarized and witnessed by two other individuals.

If a presumed father is denying paternity, the mother may initiate a legal process to allow a judge to issue a court order. In this scenario, the judge will order genetic testing of the alleged father to see if he is a match to the child. If a match is discovered, the court order will be forwarded to the Office of Vital Statistics for an official record of the child’s father.

Benefits to Establishing Paternity
There are several benefits to establishing paternity. Most notably, paternity is required before a child can receive financial support. Paternity will also entitle your child to an inheritance, death benefits or veteran’s benefits. A father with established paternity also benefits by having access to the child’s health records, having rights to custody or visitation and various other important privileges.

Contact a Family Attorney in Sarasota Today
For assistance with the paternity process in Florida, please contact a reputable Sarasota law firm today. For an appointment, call Liz Alpert at Alpert Law, P.A. at 941.954.1700.

lawyer is one of the most helpful resources as you begin to navigate the legal implications of this type of incident. Whether you are in need of a protection from abuse order or would like to establish an initial custody determination for your children, you should undoubtedly seek the services of a compassionate legal advocate.

Domestic Violence Under Florida Law
Domestic violence is a specially defined type of assault perpetrated against a victim who maintains a close relationship with the attacker. Not every assault falls within the definition of domestic violence; however the term refers to a wide variety of assaultive conduct, including:

In order for the domestic violence law to apply, the assault must be against a person within the definition of “family member” or “household member.” Under current Florida laws, this definition includes the following individuals:

The law also attaches a caveat to the definition of “family member” or “household member” in that they either must be currently living together or have in the past lived together in the same single dwelling; this does not apply to co-parents, however.

If you believe your situation meets the above-listed criteria under Florida’s domestic violence laws, we urge you to protect yourself, your family and your rights, contact an attorney right away.

Call a Sarasota Family Lawyer Today
If you are facing unspeakable violence, we encourage you to come forward immediately and reach out to a Sarasota family lawyer for help. To speak to a compassionate, non-judgmental lawyer in the Sarasota area, call Liz Alpert at Alpert Law, P.A. at 941.954.1700.

If you are in need of assistance with child support, you are not alone. Child support issues between parents are often wrought with high emotions, resulting in unproductive communication and difficulty reaching an

agreement. To avoid this unfortunate result, we encourage you to meet with a reputable Sarasota family lawyer to discuss child support laws and guidelines. From there, your attorney will assist you in petitioning the court for a child support order that not only provides for your child but also respects the incomes of both parents.

Basics of Child Support Law in Florida
Like most other states, the amount of child support you will pay depends on the results of a formulaic equation used by the judge. The equation takes into consideration both party’s monthly incomes and expenses. If either party is paying or receiving child support from another individual, that is taken into consideration as well. In terms of income, the judge will consider wages, tips, rental income, independent contractor payments, unemployment, pensions, disability and Social Security. The amount of child support one parent owes the other is determined based not only on the child’s needs but also the non-custodial parent’s ability to pay.

Sarasota Family Law Attorney Discusses Child Support Modifications
If you already have a child support order in place and are looking to modify, we encourage you to make an appointment to speak with a family law attorney right away. Modifications may be possible upon a showing that one or both parties has experienced a significant change in financial circumstances, positive or negative. A substantial change in circumstances could be due to any of the following situations:

Contact a Sarasota Family Law Attorney Today
If you are interested in learning more about Florida child support laws, we encourage you to meet with us right away. For more information, please call attorney Liz Alpert at Alpert Law, P.A. at 941.954.1700.

Send Us a Message

Family Issues? Call or Email for a Case Evaluation 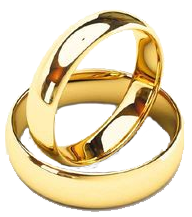 Liz was very helpful in addressing the main concerns with the agreement. She worked together with me to finalize the language of the agreement to meet the intent of both parties.